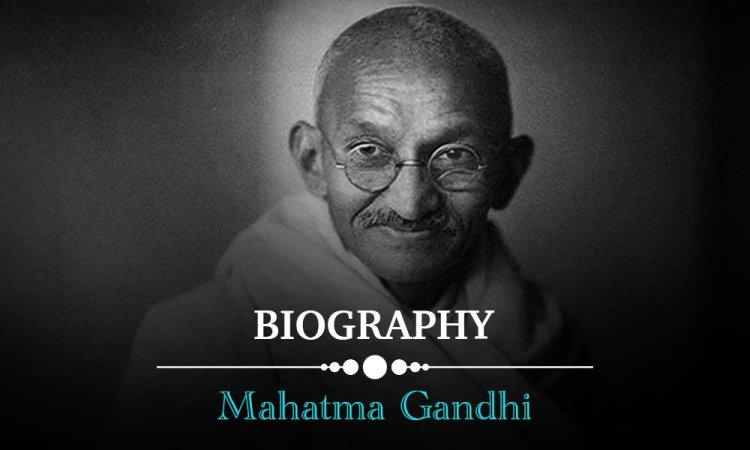 Mahatma Gandhi was a prominent Indian political leader who was a leading figure in the campaign for Indian independence. He employed non-violent principles and peaceful disobedience as a means to achieve his goal. He was assassinated in 1948, shortly after achieving his life goal of Indian independence. In India, he is known as the ‘Father of the Nation’.

Gandhi was the youngest child of his father’s fourth wife. His father—Karamchand Gandhi, who was the dewan (chief minister) of Porbandar, the capital of a small principality in western India (in what is now Gujarat state) under British suzerainty—did not have much in the way of formal education. He was, however, an able administrator who knew how to steer his way between the capricious princes, their long-suffering subjects, and the headstrong British political officers in power.

Gandhi’s mother, Putlibai, was completely absorbed in religion, did not care much for finery or jewellery, divided her time between her home and the temple, fasted frequently, and wore herself out in days and nights of nursing whenever there was sickness in the family. Mohandas grew up in a home steeped in Vaishnavism—worship of the Hindu god Vishnu—with a strong tinge of Jainism, a morally rigorous Indian religion whose chief tenets are nonviolence and the belief that everything in the universe is eternal. Thus, he took for granted ahimsa (noninjury to all living beings), vegetarianism, fasting for self-purification, and mutual tolerance between adherents of various creeds and sects.

Around this time, he also studied the Bible and was struck by the teachings of Jesus Christ – especially the emphasis on humility and forgiveness. He remained committed to the Bible and Bhagavad Gita throughout his life, though he was critical of aspects of both religions.

On completing his degree in Law, Gandhi returned to India, where he was soon sent to South Africa to practise law. In South Africa, Gandhi was struck by the level of racial discrimination and injustice often experienced by Indians. In 1893, he was thrown off a train at the railway station in Pietermaritzburg after a white man complained about Gandhi travelling in first class. This experience was a pivotal moment for Gandhi and he began to represent other Indias who experienced discrimination. As a lawyer, he was in high demand and soon he became the unofficial leader for Indians in South Africa. It was in South Africa that Gandhi first experimented with campaigns of civil disobedience and protest; he called his non-violent protests satyagraha. Despite being imprisoned for short periods of time, he also supported the British under certain conditions. During the Boer War, he served as a medic and stretcher-bearer. He felt that doing his patriotic duty it would make the government more amenable to demands for fair treatment. Gandhi was at the Battle of Spion serving as a medic. An interesting historical anecdote is that at this battle was also Winston Churchill and Louis Botha (future head of South Africa) He was decorated by the British for his efforts during the Boer War and Zulu rebellion.

After 21 years in South Africa, Gandhi returned to India in 1915. He became the leader of the Indian nationalist movement campaigning for home rule or Swaraj.

Gandhi also encouraged his followers to practise inner discipline to get ready for independence. Gandhi said the Indians had to prove they were deserving of independence. This is in contrast to independence leaders such as Aurobindo Ghose, who argued that Indian independence was not about whether India would offer better or worse government, but that it was the right for India to have self-government.

Gandhi also clashed with others in the Indian independence movement such as Subhas Chandra Bose who advocated direct action to overthrow the British.

In 1930, Gandhi led a famous march to the sea in protest at the new Salt Acts. In the sea, they made their own salt, in violation of British regulations. Many hundreds were arrested and Indian jails were full of Indian independence followers.

Gandhi and the Partition of India

After the war, Britain indicated that they would give India independence. However, with the support of the Muslims led by Jinnah, the British planned to partition India into two: India and Pakistan. Ideologically Gandhi was opposed to partition. He worked vigorously to show that Muslims and Hindus could live together peacefully. At his prayer meetings, Muslim prayers were read out alongside Hindu and Christian prayers. However, Gandhi agreed to the partition and spent the day of Independence in prayer mourning the partition. Even Gandhi’s fasts and appeals were insufficient to prevent the wave of sectarian violence and killing that followed the partition.

Away from the politics of Indian independence, Gandhi was harshly critical of the Hindu Caste system. In particular, he inveighed against the ‘untouchable’ caste, who were treated abysmally by society. He launched many campaigns to change the status of untouchables. Although his campaigns were met with much resistance, they did go a long way to changing century-old prejudices.

At the age of 78, Gandhi undertook another fast to try and prevent the sectarian killing. After 5 days, the leaders agreed to stop killing. But ten days later Gandhi was shot dead by a Hindu Brahmin opposed to Gandhi’s support for Muslims and the untouchables.

With the outbreak of World War II, the nationalist struggle in India entered its last crucial phase. Gandhi hated fascism and all it stood for, but he also hated war. The Indian National Congress, on the other hand, was not committed to pacifism and was prepared to support the British war effort if Indian self-government was assured. Once more Gandhi became politically active. The failure of the mission of Sir Stafford Cripps, a British cabinet minister who went to India in March 1942 with an offer that Gandhi found unacceptable, the British equivocation on the transfer of power to Indian hands, and the encouragement given by high British officials to conservative and communal forces promoting discord between Muslims and Hindus impelled Gandhi to demand in the summer of 1942 an immediate British withdrawal from India—what became known as the Quit India Movement.

In mid-1942 the war against the Axis powers, particularly Japan, was in a critical phase, and the British reacted sharply to the campaign. They imprisoned the entire Congress leadership and set out to crush the party once and for all. There were violent outbreaks that were sternly suppressed, and the gulf between Britain and India became wider than ever before. Gandhi, his wife, and several other top party leaders (including Nehru) were confined in the Aga Khan Palace (now the Gandhi National Memorial) in Poona (now Pune). Kasturba died there in early 1944, shortly before Gandhi and the others were released. 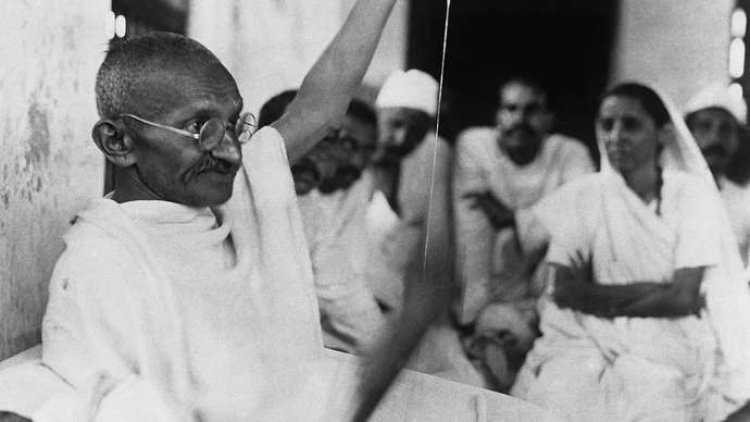 A new chapter in Indo-British relations opened with the victory of the Labour Party in Britain in 1945. During the next two years, there were prolonged triangular negotiations between leaders of the Congress, the Muslim League under Mohammed Ali Jinnah, and the British government, culminating in the Mountbatten Plan of June 3, 1947, and the formation of the two new dominions of India and Pakistan in mid-August 1947.

It was one of the greatest disappointments of Gandhi’s life that Indian freedom was realized without Indian unity. Muslim separatism had received a great boost while Gandhi and his colleagues were in jail, and in 1946–47, as the final constitutional arrangements were being negotiated, the outbreak of communal riots between Hindus and Muslims unhappily created a climate in which Gandhi’s appeals to reason and justice, tolerance and trust had little chance. When the partition of the subcontinent was accepted—against his advice—he threw himself, heart and soul, into the task of healing the scars of the communal conflict, toured the riot-torn areas in Bengal and Bihar, admonished the bigots, consoled the victims, and tried to rehabilitate the refugees. In the atmosphere of that period, surcharged with suspicion and hatred, that was a difficult and heartbreaking task. Gandhi was blamed by partisans of both the communities. When persuasion failed, he went on a fast. He won at least two spectacular triumphs: in September 1947 his fasting stopped the rioting in Calcutta, and in January 1948 he shamed the city of Delhi into a communal truce. A few days later, on January 30, while he was on his way to his evening prayer meeting in Delhi, he was shot down by Nathuram Godse, a young Hindu fanatic. 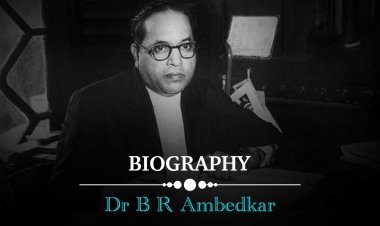 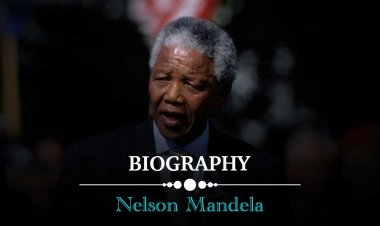 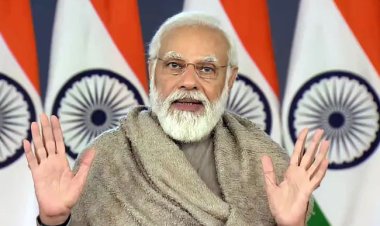