Ajit Kumar Doval, a name that we always hear in the news whenever something big and good happens in the country. However, not everyone knows the brilliance of this one-man army called Ajit Kumar Doval, who is the National Security Advisor (NSA) of India. Ajit Kumar Doval is often called as the James Bond of India because of the phenomenal work he did. 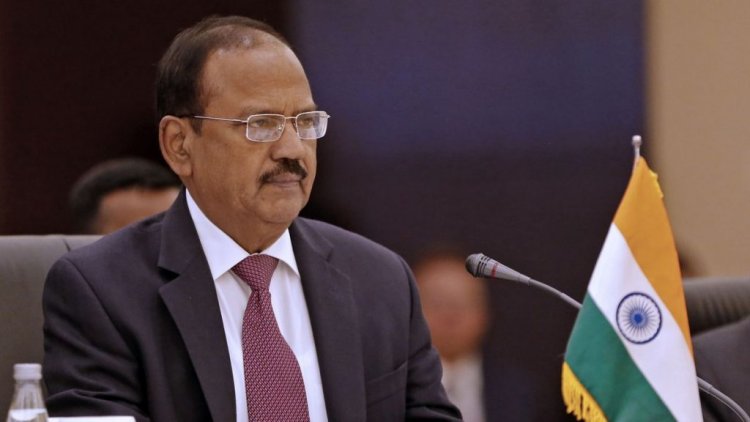 Here, in this will list some interesting facts about him, that will make you respect this man. Have a look :

1. Ajit Kumar Doval was born in 1945 in a village Pauri, Uttrakhand.

2. Although not much is known about his family, Ajit Doval's father, Major Gunananda Doval was an officer of the Indian Army.

3. Ajit Doval completed his schooling from Ajmer Military School and graduated with an MA in Economics from the University of Agra in 1967. He was later honoured with honorary doctorates from Agra University in December 2017 and Kumaun University in May 2018.

4. Ajit Doval qualified the civil services in the year 1968 and became an IPS officer of the Kerala cadre.

6. In the NorthEast, one of the greatest achievements of Ajit Doval was he won over 6 of 7 comrades of Laldenga and made them settle for peace.

7. Ajit Doval became the youngest Police officer in India's history to have won the Indian Police Medal for meritorious service. He was honoured with this award just after 6 years of service while according to the norm, the service experience should be 17 years. Indira Gandhi presented him with that award because of his phenomenal work.

8. After a successful NorthEast mission, Ajit Doval went to Pakistan. He remained there for 6 years and gathered much vital information for the country. He even disguised himself on many occasions to gather information. Here's one of his spying incident

He told that once he was coming out a mosque as he was undercover so he changed his appearance and way of wearing clothes so that no one can doubt him. One man sitting at a short distance in a corner with a long white beard called him to have a chat. As soon as he reached him the man said that you are HINDU. Ajit Doval refused and said I am a Muslim. The man took him through 4-5 streets and then into a small room. The white-bearded man once again said that you are a HINDU. Ajit Doval refused and asked why are you asking it repeatedly? The man replied that he(Ajit Doval) has a piercing in his ear which mostly HINDUS prefer not MUSLIMS. Then ajit doval said that I was born a Hindu but I converted to Muslim. The man advised him to fill that piercing by plastic surgery. Ajit doval asked why is he so concerned about him? He replied that he is also a HINDU. To give ajit doval a proof he opened his cupboard and showed him small statues of Shivaji and Durgaji.

9. Ajit Doval became the first policeman to be honoured with the Kirti Chakra in the year 1988, which is India's second-highest gallantry award.

11. Ajit Doval's work in Kashmir was something worth knowing. It was Doval's work in troubled Kashmir which made space for elections in 1996. He managed to win the trust of hardcore Kashmiri militant Kuka Parray, formed a pro-India militant group called Ikhwan.

12. In the year 1999, when our IC-814 was hijacked at Kandahar, which let to the freedom of hostages including the Jaish's chief. Ajit Doval was the key negotiator at that incident. He revealed Pakistani ISI not assisted the Taliban, the terrorists would not have succeeded in their mission.

14. He married to Anu Doval, who is a homemaker and have two sons, Vivek Doval and Shaurya Doval.

15. Before the year 2004, Ajit Doval had set up and was heading Multi-Agency Centre (MAC) and Joint Task Force on Intelligence (JTFI), these two companies help bring all security agencies on a single platform and concentrate on counter-terrorism.

16. Ajit Doval is a master of psychological warfare. He got Yasin Malik, Shabbir Shah, pro-Pak Syed Ali Shah Geelani to the negotiating table.

17. In the year 2004, Ajit Doval was made the chief of Intelligence Bureau by the UPA government under Dr Manmohan Singh. 19. Ajit Doval was brought out from his retirement and made the 5th NSA by the Modi Government.

20. In 2014, when 46 Indian nurses taken captive by the Islamic State, Ajit Doval played an important role to secure the release of them.

21. Ajit Doval is credited with the successful conceptualising of Indian Surgical Strike in URI.

22. He also helped end the Doklam standoff and took decisive decisions to tackle the insurgents in the NorthEast.

23. He also had a hand in the IAF airstrike on JeM camp in Balakot to avenge the Pulwama attack.

24.The veteran Spymaster can be seen here using an ordinary mobile set. This makes him well aware of the fact, how International Intelligence Agencies have been tapping into Mobile and Computer Devices to further their agenda.

What is the biggest mistake that a big company Paytm has made?