Have you know about the Russian ‘Gandhari’ who wants to have over a hundred kids!

Like the Indian epic Mahabharata’s character, Gandhari, who had a hundred children, a Russian lady wants the same for herself! After having 10 children in just 10 months, Christina said the couple plan to have a break before welcoming more into their brood 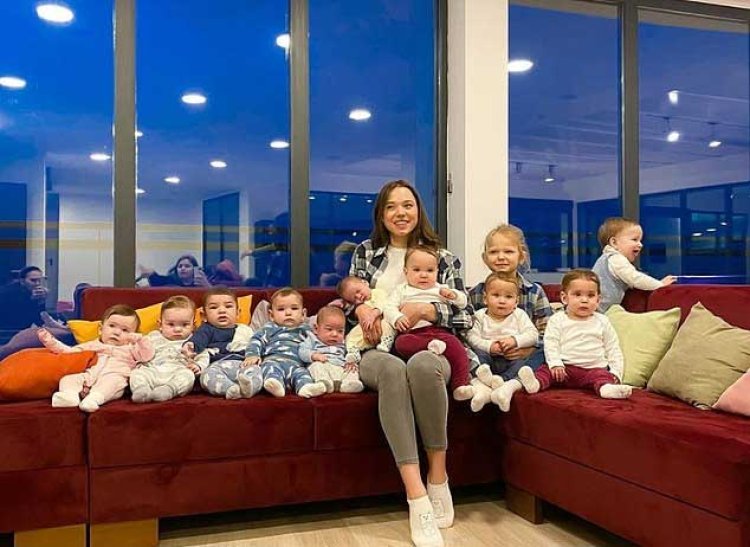 Like the Indian epic Mahabharata’s character, Gandhari, who had a hundred children, a Russian lady wants the same for herself!

Meet Kristina Ozturk, a 23-year-old Russian millionaire mum who loves children so much that she wants a hundred and five children. She already has ten children born through surrogacy. She has so far only given birth to her eldest daughter, Vika, six years ago, before meeting her current husband.

Kristina, who originally belongs from Moscow, met her husband and hotelier, Galip Ozturk, 56, while holidaying in the town of Batumi, often referred to as the ‘Las Vegas of the Black Sea’, in Georgia. Together, the couple has spent around 8000 Euros or Rs. 7,03, 871, for each pregnancy and have used surrogate mothers. Their most recent child, Olivia, was born on January 16, 2021.

Soon after they met, the couple fell in love and wanted to give birth to babies each year. But, they shortly realised that they would not be able to meet their desired target. Hence, they opted for surrogacy, where a thorough background check of the surrogates is done. They are counselled, their health is closely monitored, and their dietary supplements are taken care of during the length of the pregnancy.

“We are not personally acquainted with surrogate mothers and do not have direct contacts with them in order to avoid problems after pregnancy”, Kristina was quoted saying by the dailymail.

It was, however, not a journey without any bump along the way. Kristina recalls how a surrogate mother did not want to give up the baby after giving birth. But because the baby was genetically Kristina and her husband’s, the surrogate had no rights over the baby and had to give it up.

Kristina says that she hasn’t ruled out giving birth herself but says that it is “not practical” right now with so many young babies around.

Even though she has nannies to look after her children, Kristina claims that she spends most of her day caring for her eleven children. Even when the babysitters take care of the children, she keeps a watchful eye on them. She explains, “I teach each nanny independently when applying for a job – no amateur activity is allowed, the upbringing of children is strictly according to my instructions.”

The couple doesn’t know how many more children they can have, but they’re confident they do not want to stop at eleven. The couple is active on social media and enjoys a large following. With money not being a concern, Kristina and Galip hope to continue with their ambitious dream of creating the world’s largest family.

How to protect your hair and skin from air pollution?