Kalam would get up at 4 am, bathe, and then go for his mathematics class, which was taught by a teacher who took only five students in the whole session! 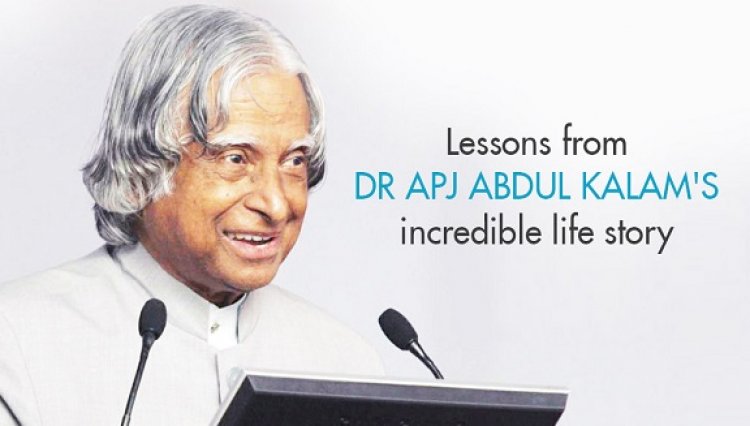 Read the inspiring story of a newspaper boy who grew up quick to soon become the president of India and one of India’s top motivational characters. Hats off!

Several months back, after finishing an interview with Dr APJ Kalam, and just before leaving his Rajaji Marg residence, he made me repeat these three words in a schoolteacher’s tone: perseverance, hard work and patience. This, he said, was alone the path to progress. 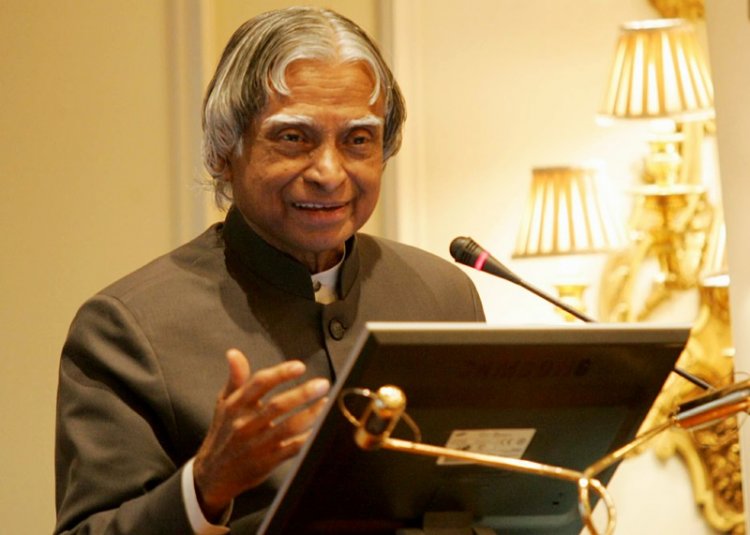 Later, much later, I realised, that those were the very words he’s lived by all through his life.

They are both philosophical and practical, quite like the world he grew up in as a boy in the island town of Rameswaram, in south India.

His father, a humble boat owner, Jainulabdeen, was a devout Muslim and a close friend of the Rameswaram temple priest. Kalam was brought up in a multi-religious, tolerant society; one with a progressive outlook. His father often quoted from the Quran to make the young Kalam see the world without fear. He had seven siblings, and a doting mother who, at times, made chappatis for Kalam, while the others were given rice as Kalam’s day would start at four in the morning and end at 11 pm. 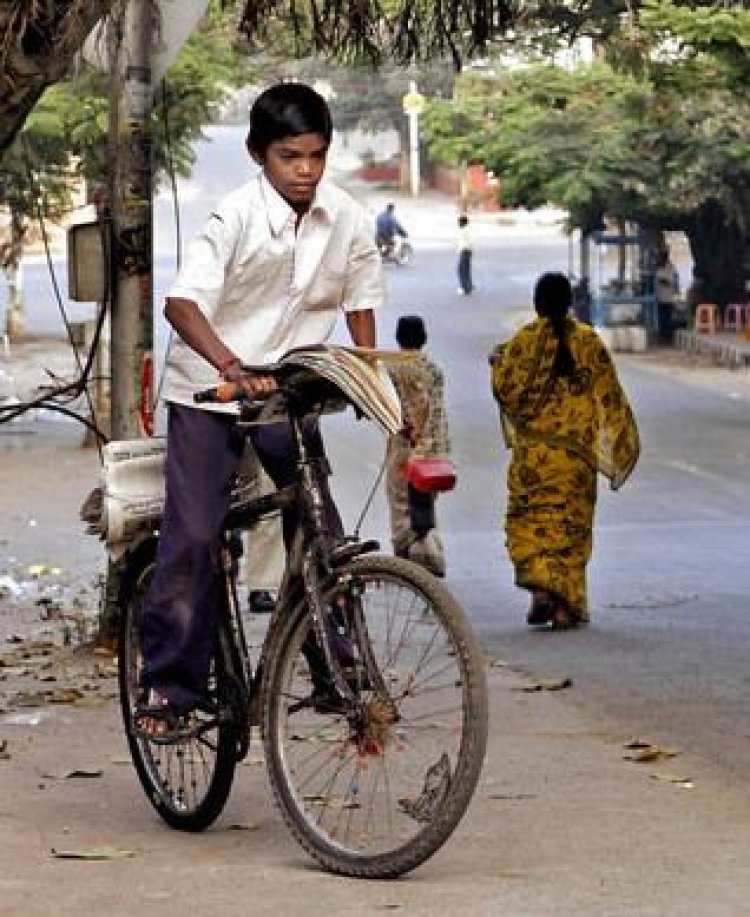 His father wasn’t educated, but he wanted Kalam to study. Kalam would get up at 4 am, bathe, and then go for his mathematics class, which was taught by a teacher who took only five students in the whole session; and bathing before class was a condition he had laid to all his students. After his morning class, Kalam along with his cousin Samsuddin went around town distributing the newspaper. As the town had no electricity, kerosene lamps were lit at his home between 7 pm and 9 pm. But because Kalam studied until 11, his mother would save some for him for later use.

Being a bright student, Kalam always had the support of his schoolteachers. Schwartz High School’s Iyadurai Solomon often told Kalam that if he truly, intensely desired something, he would get it. “This made me fearless,” said Dr Kalam. And outside school, Ahmed Jalaluddin, who later became his brother-in-law, and Samsuddin, encouraged Kalam to appreciate nature’s wonders. So at once, while growing up, he was exposed to a religious and a practical way of looking at the world.

The flight of birds had fascinated him since he was a boy, but it was years later he realized that he wanted to fly aircraft. After finishing school, he took up Physics at St Joseph’s College, Trichi, but towards the end he was dissatisfied. When he discovered aeronautical engineering, he regretted having lost three precious years. But he was glad to have discovered Leo Tolstoy, Thomas Hardy and F Scott Fitzgerald and other English poets in his college years. 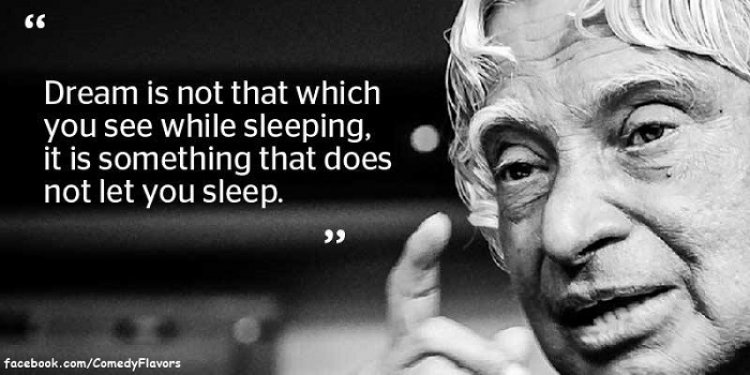 At Madras Institute of Technology (MIT), Chennai, where Kalam studied aeronautics, he learnt an important lesson: the value of time. He was leading a project on system design when one day the principal walked into the class to see his work. He appeared dissatisfied and told Kalam that he wanted the project finished in the next two days; else his scholarship aid would be withdrawn. That unsettled Kalam; years of his father’s hardships would come to nought. Kalam worked without food and sleep. On the last day, his professor came to check on his progress. He was impressed and said: “I was putting you under stress and asking you to meet a difficult deadline,” recounted Dr Kalam.

Although Kalam has led several projects in his professional life, he’s treated each like his last. Such was his passion. No wonder, he’s always led projects. His advisor, Major General R Swaminathan explained Kalam’s success as a leader.

“He has this unique capability of being a boss as well as a worker. He can take on any role with ease.”

When Dr Kalam’s first major project SLV 3-failed the first time he was almost shattered. Also, around this time, Kalam’s childhood mentor, Jalaluddin, died. “A part of me too passed away…” said Dr Kalam. But he never thought of quitting after SLV-3. “I knew that for success, we have to work hard and persevere.” And so, SLV-3 has launched again, this time with success. He drew strength from philosophy, religion and literature to tide by his professional setbacks; also a life with few companions. In time, he also learnt to deal with professional jealousy and uncooperative team members.

He was awarded the Padma Bhushan and Bharat Ratna, and then he became the President of India; one of the few presidents who have touched the hearts of so many poor children in the country. Because he also came from a poor background, he knew the power of education in changing one’s future. 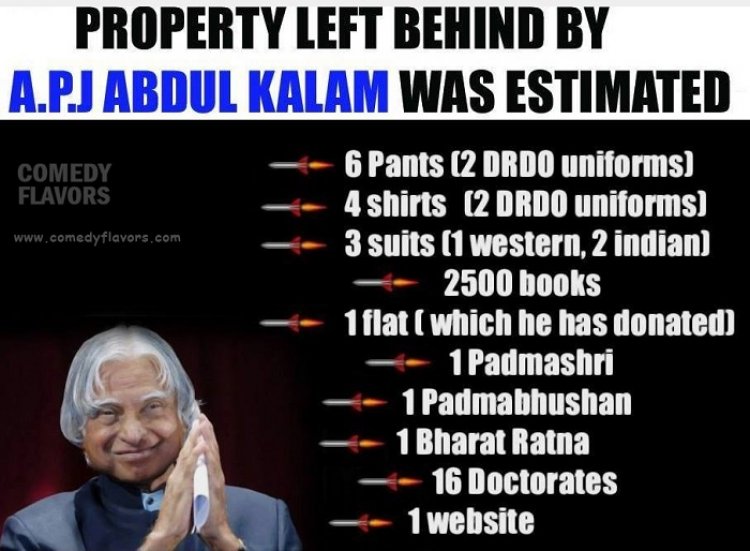 We bow down to the man of masses! You will live eternal in our hearts!

For Strange Reason, When Some Celebrities Banned by Their own Country

Here some interesting questions asked during the UPSC interview